Photos and Text by Tsering Topgyal

When I was 8 years old, my parents paid a smuggler to take me across the Himalayas, a weekslong walk over the mountains from Tibet to India. It was a trek that tens of thousands of other Tibetans have taken since the Dalai Lama fled a failed 1959 uprising against Chinese rule.

My parents must have had their reasons to send me here; they must have had the best of intentions. But 18 years later, I still don’t know why they did it. They are not political people. They are small farmers who raise barley and a few yak in a rural area not far from Lhasa, the Tibetan capital. I have not seen them since I left.

In this Monday, June 30, 2014 photo, a car moves on a serpentine road past snow-capped peaks near Zoji La in Indian-Kashmir, India. Many Tibetans say that being in the mountains make them miss their homeland. (AP Photo/Tsering Topgyal)

As a boy, I hardly thought about them. I was in a new country, part of a community-in-exile the Dalai Lama had created in India. I lived in a school with hundreds of other Tibetan refugee children. But as I grew older I began to long for them.

Today, we occasionally talk on the phone, and that has helped keep us together despite the distance. But long silences often fill our conversations. Over the years, our relationship has only grown more complex, more limited.

It is a relationship so many Tibetan refugees understand. These photos, all of Tibetans who have not seen their parents since coming to India, are my attempt to understand the ideas of family, home, belonging and nostalgia. Some of us cling to family artifacts, some cling to old photos. We learn not to cry as our mothers weep on the telephone, fearing we will make them feel even worse. 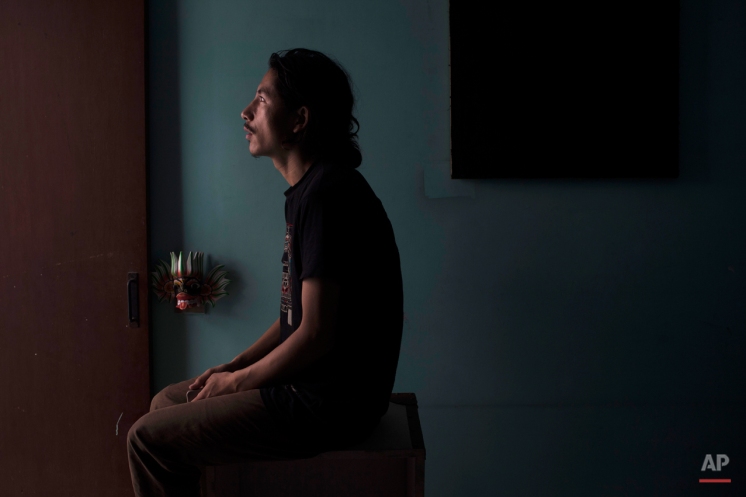 In this Wednesday, Oct. 29, 2014 photo, Tibetan exile Tsering Topgyal sits for a self-portrait in New Delhi, India. When he was 8 years old, Topgyal’s parents paid a smuggler to take him across the Himalayas, a weekslong walk over the mountains from Tibet to India. But 18 years later, he still does not know why they did it. He has not seen them since. (AP Photo/Tsering Topgyal)

Across the years, and with so much distance, everything changes. Time heals many wounds, but also works in strange ways.

Tsering Choephel, a Tibetan who left home 23 years ago, said he sometimes dreams of seeing his family again. Often, he mourns the fact that he barely misses them.

Tsering Topgyal, a Tibetan refugee based in New Delhi, has been talking photos for The Associated Press since 2011.

Click on any image to launch the Tibet’s Exiles gallery. 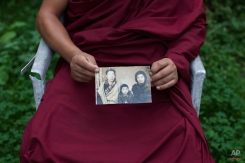 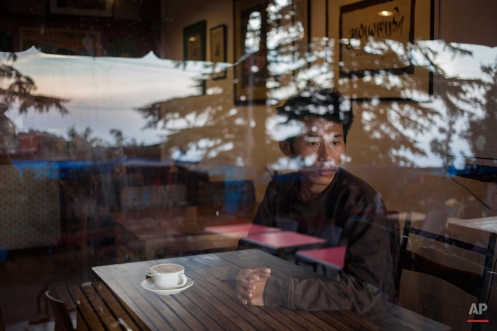 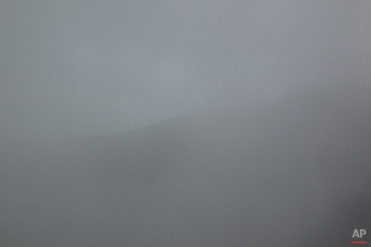 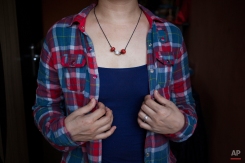 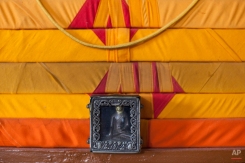 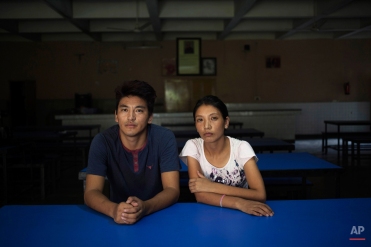 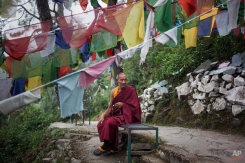 Lead Image Caption: In this Friday, June 6, 2014 photo, Exile Tibetan Dorjee Tashi adjust the beret he calls “Che Guevera cap” as he poses for a photograph in front of a flag of Tibet in his room in New Delhi, India. Tashi had just returned from a protest rally when he received news of his fatherís death in a voice message stored on his phone. His one wish was to meet his father again and considers this unfulfilled wish as part of his karma. (AP Photo/Tsering Topgyal)

One thought on “Tibet’s Exiles”