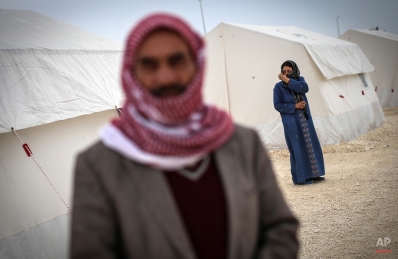 Syrian refugees who fled violence in and around the Syrian city of Ayn al-Arab or Kobani walk in a camp recently opened by Turkey, in the border town of Suruc, Turkey, Friday, Jan. 30, 2015. The 35,000 capacity camp is the largest refugee camp in Turkey. (AP Photo/Emrah Gurel) 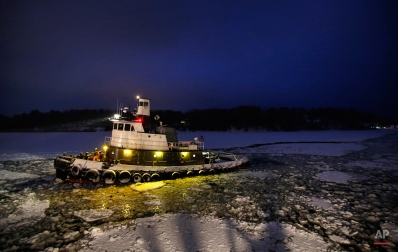 The Aegean Sea, a 79-foot tug boat piloted by Capt. Steve Driscoll, uses its 2,200-horsepower engine to break through ice on its way to push a barge out of the Royal River early Friday morning, Jan. 30, 2015, in Yarmouth, Maine. (AP Photo/Robert F. Bukaty) 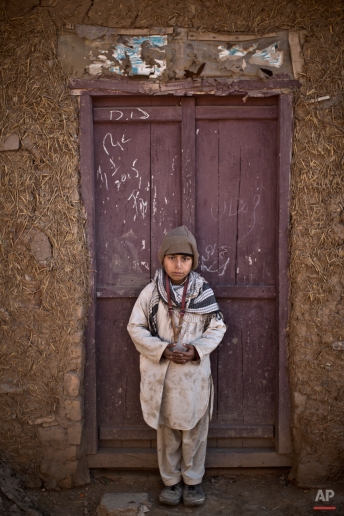 Afghan refugee, Hamza Gul, 11, poses for a picture while playing with his slingshot, wrapped around his neck, in a slum on the outskirts of Islamabad, Pakistan, Friday, Jan. 30, 2015. (AP Photo/Muhammed Muheisen)

A body of a civilian killed in shelling is covered by a blanket in Donetsk, eastern Ukraine, Friday, Jan. 30, 2015. Artillery fire in the rebel stronghold of Donetsk killed at least 12 civilians on Friday afternoon, the city hall in the rebel stronghold said, as fighting intensifies between pro-Russia separatists and government troops. (AP Photo/Vadim Braydov)

Bangladeshi daredevil S.M. Rashed performs inside a Well of Death at a trade fair in Dhaka, Bangladesh, Friday, Jan. 30, 2015. In the Well of Death, stunt drivers on motorbikes and cars drive in circles around the vertical walls of the well-shaped construction. (AP Photo/ A.M. Ahad) 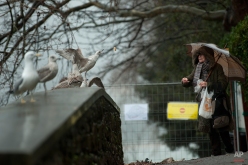 A woman throws a piece of bread to some seagulls, in San Sebastian, northern Spain, Friday, Jan. 30, 2015. (AP Photo/Alvaro Barrientos) 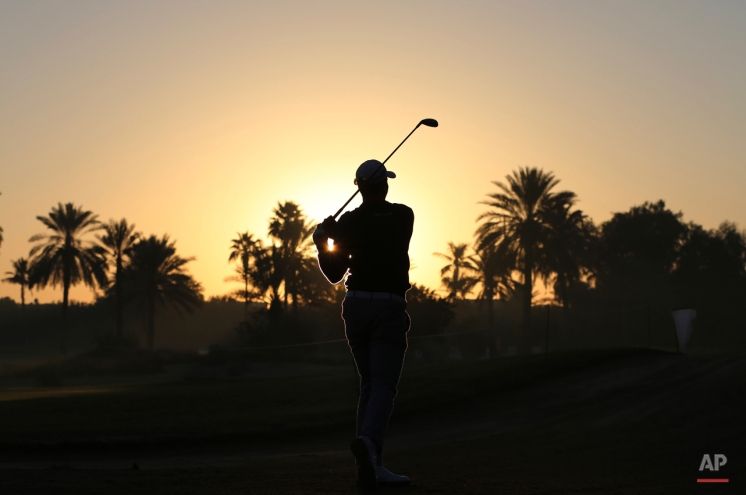 Seve Benson of England plays a shot on the 10th hole during the round two of the Dubai Desert Classic golf tournament in Dubai, United Arab Emirates, Friday, Jan. 30, 2015. (AP Photo/Kamran Jebreili)