A fan watches during the women’s downhill at the alpine skiing world championships on Friday, Feb. 6, 2015, in Beaver Creek, Colo. (AP Photo/Brennan Linsley)

An Afghan man gives his son a massage as they take a bath at a public bath, or “hamam,” in Kabul, Afghanistan, Friday, Feb. 6, 2015. The public baths are a tradition in the country, mostly found in larger cities and used by ordinary citizens including those who had their home boiler facilities damaged during its decade-long war. The use of a hamam bath costs less than a dollar for the public, and a person could pay extra to have a massage. (AP Photo/Rahmat Gul)

A baby is held at the window of a bus with people waiting to leave the town of Debaltseve, eastern Ukraine, Friday, Feb. 6, 2015. At left is a sign reading Slovyansk. Pro-Russia rebels and the Ukrainian authorities agreed Friday on a humanitarian corridor to evacuate civilians from the epicenter of fighting in eastern Ukraine as German and French leaders prepared to bring their peace plan to Moscow. (AP Photo/Evgeniy Maloletka)

A woman dancer competes in the intertribal dance competition in Hollywood, Fla., Friday, Feb. 6, 2017. The Seminole Tribe of Florida is hosting its three-day 44th annual celebration of Native culture and arts at its Seminole Tribal Fair and Pow Wow. The fair offers Native arts, crafts, foods, and music. The Fair was expanded to host a pow wow dance and drum competition. (AP Photo/J Pat Carter) 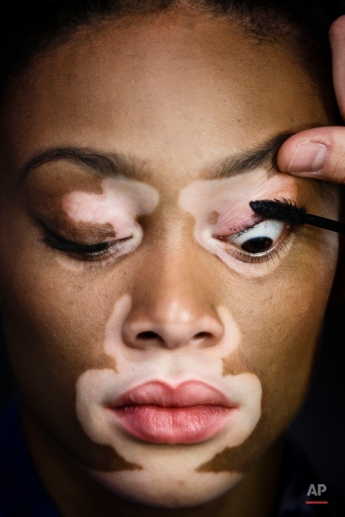 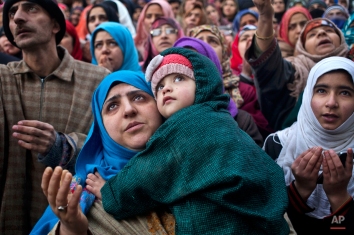 A Kashmiri Muslim woman carries her daughter while praying as the head priest displays a relic of Sufi saint Syed Abdul Qadir Jilani at his shrine in Srinagar, India, Friday, Feb. 6, 2015. Thousands of devotees thronged to the shrine which houses the relic of the saint on the Friday following the saint’s Urs, or yearly commemoration. (AP Photo/Dar Yasin)

People are silhouetted as they wait for their trains at Kings Cross station in London, Friday, Feb. 6, 2015. (AP Photo/Kirsty Wigglesworth)