A boater pilots a boat down a lake in Columbia, S.C., Tuesday, Oct. 6, 2015. Despite an improving forecast, it will still take weeks for the state to return to normal after being pummeled by a historic rainstorm. (AP Photo/Chuck Burton) 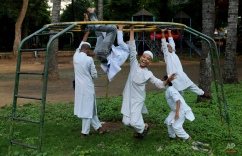 Indian Muslim children, who study at Jamia Masjid or the Grand Mosque, play at a ground in front of the mosque in Bangalore, India, Tuesday, Oct. 6, 2015. The chief cleric of Bangalore’s main mosque said Tuesday that he has advised the heads of hundreds of mosques in India’s technology hub to actively counter propaganda by extremist Islamic groups by reaching out to young people in colleges and on social media. (AP Photo/Aijaz Rahi)

Window washers use cables to lower themselves from a skyscraper while working on a polluted day in Beijing, Tuesday, Oct. 6, 2015. Air quality readings in the city on Tuesday were at levels considered hazardous by international measuring standards. (AP Photo/Mark Schiefelbein) 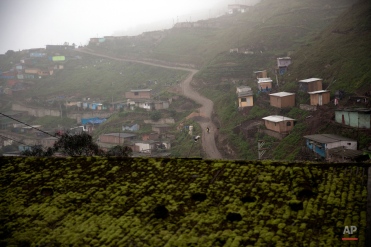 A man walks on a dirt road in the Villa Maria del Triunfo neighborhood, on the outskirts of Lima, Peru, Tuesday, Oct. 6, 2015. One of the Peruvian economyís biggest problems is structural. Economists say little or nothing was done to diversify it during the commodities boom and to invest in building technological literacy. The annual meetings of the World Bank Group and the International Monetary Fund are taking place in Peru on Oct. 6-11, a country that according to the World Bank, has been able to reduce its poverty rate by more than half since 2002 . (AP Photo/Rodrigo Abd) 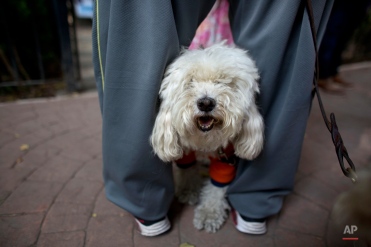 A dog stands between the legs of his owner who talks with borough officials outside the gate of a popular dog run, currently closed as officials investigate reported cases of dog poisoning in Parque Mexico in the Condesa neighborhood of Mexico City, Tuesday, Oct. 6, 2015. (AP Photo/Rebecca Blackwell)

Palestinian Dalal Abeidallah, left, mother of 13 year old, Abdel Rahman Shadi, who died after being hit by a live bullet to the chest after throwing a stone at Israeli army soldiers, cries while being comforted by mourning relatives during her son’s funeral procession, at Aida Refugee camp, in the West Bank city of Bethlehem, Tuesday, Oct. 6, 2015. Israeli Prime Minister Benjamin Netanyahu warned Monday that he will use a “strong hand” to quell violent Palestinian protests and deadly attacks, signaling that the current round of violence is bound to escalate at a time when a political solution to the conflict is increasingly distant. (AP Photo/Nasser Nasser) 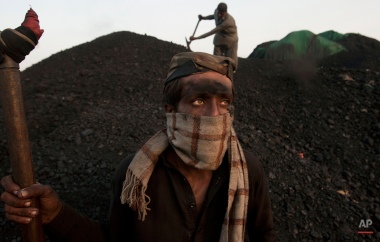 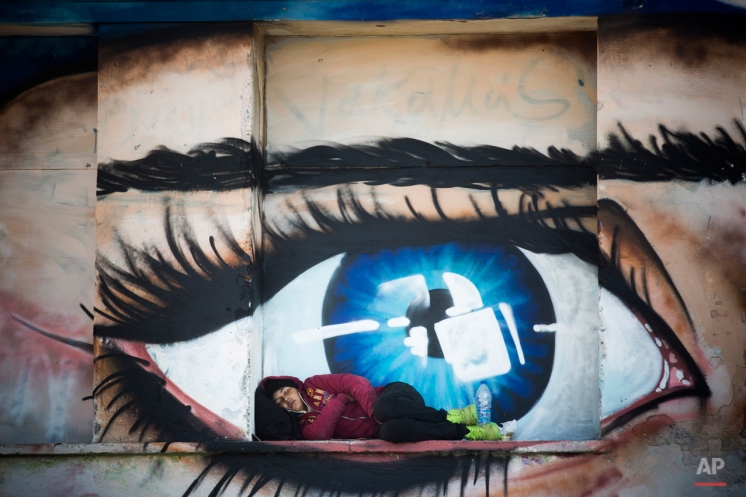 A refugee sleeps outside an abandoned building at the port of Mytilini , Lesbos island , Greece on Tuesday, Oct. 6, 2015. Austrian Chancellor and the Greek premier visited Lesbos island Tuesday, to view first-hand the impact of the refugee crisis and tour facilities set up to handle the thousands of people who arrive daily.(AP Photo/Santi Palacios)