Migrants walk from the Macedonian border into Serbia, near the village of Miratovac, Serbia, on Tuesday, Jan. 19, 2016. Bracing cold temperatures hundreds of migrants continue to arrive daily into Serbia in order to register and continue their journey further north towards Western Europe. (AP Photo/Visar Kryeziu)

Syrian refugee Amira Helal, 8, collects wood to be used for heating at an informal settlement near the Syrian border on the outskirts of Mafraq, Jordan, Tuesday, Jan. 19, 2016. (AP Photo/Muhammed Muheisen) 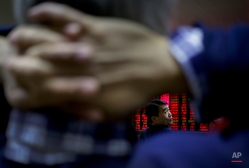 A man chats with other investors near an electronic board displaying stock prices at a brokerage house in Beijing, Tuesday, Jan. 19, 2016. Chinese shares were buoyed but the rest of Asian stock markets were largely flat Tuesday after China’s quarterly economic growth met expectations, calming some of the investor jitters in the region. (AP Photo/Andy Wong)

Residents are seen through a hole in a damaged building in the mostly-Kurdish town of Silopi, in southeastern Turkey, near the border with Iraq, Tuesday, Jan. 19, 2016. Turkey’s prime minister announced Tuesday that military operations against Kurdish rebels have ended in one mainly Kurdish southeastern town. The military is still fighting militants linked to the Kurdistan Workers’ Party, or PKK, in two other urban areas. (AP Photo/Mahmut Bozarslan) 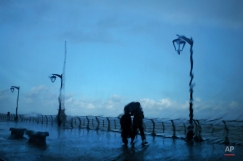 This picture taken through the window of a car shows a couple standing under an umbrella to shield themselves from heavy rain on the seafront at the Corniche, or waterfront promenade, in Beirut, Lebanon, Tuesday, Jan. 19, 2016. Temperatures in Beirut took a dip reaching 10 degrees Celsius (50 degrees Fahrenheit) at night. (AP Photo/Hassan Ammar)

A Russian Orthodox believer bathes in the icy water on Epiphany in the Neva River in St.Petersburg, Russia, Tuesday, Jan. 19, 2016. The temperature in St.Petersburg is minus 5 Celsius (23 Fahrenheit). Thousands of Russian Orthodox Church followers plunged into icy rivers and ponds across the country to mark Epiphany, cleansing themselves with water deemed holy for the day. Water that is blessed by a cleric on Epiphany is considered holy and pure until next year’s celebration, and is believed to have special powers of protection and healing.(AP Photo/Dmitry Lovetsky) 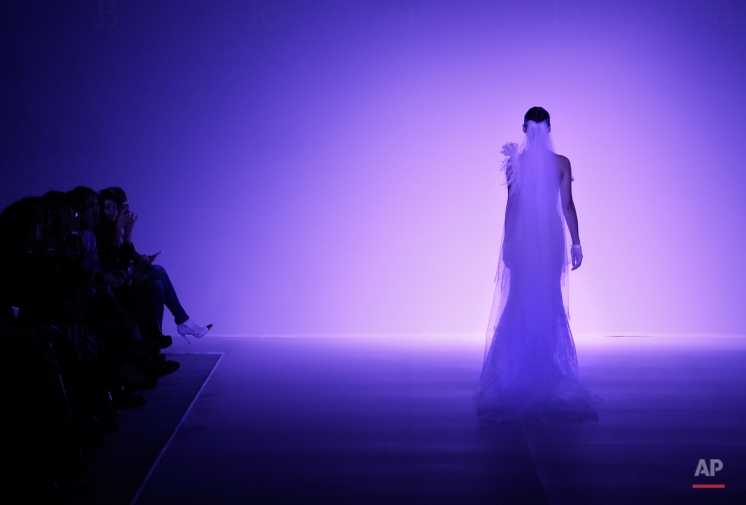